A Separate Peace by John Knowles 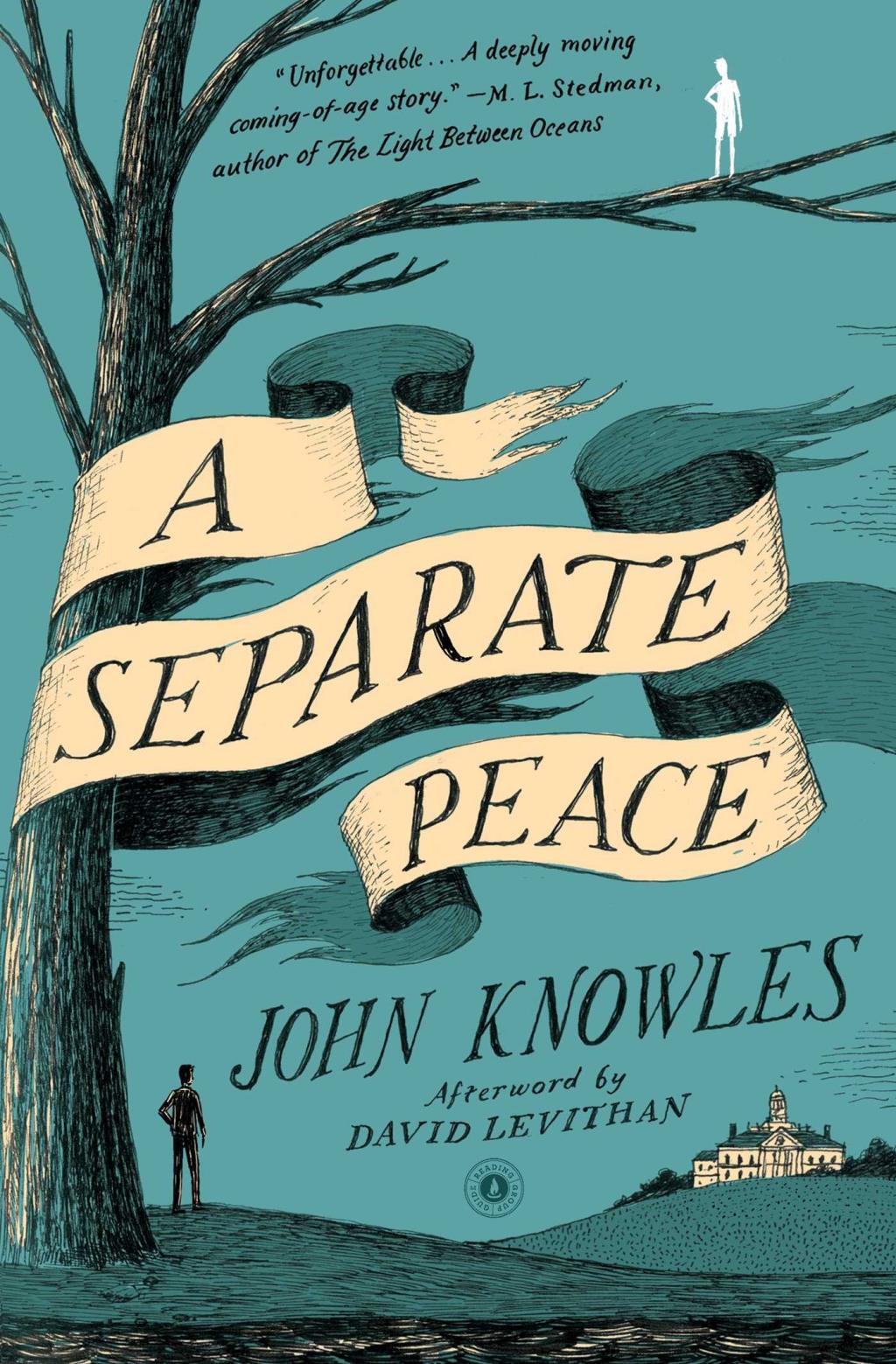 A Separate Peace by John Knowles is seen through the eyes of Gene Forrester, who is a quiet and high achieving academic at the Devon school in New Hampshire. He describes his budding friendship with Finny. The initial scenes painted a charming and athletic Finny, who became the object of Gene’s jealousy. As the book progresses, the plot turns into the definition of sinister itself. With a riveting plot, this book never ceases to surprise you in many different and unique ways.

The setting for the book A Separate Peace is a private elite boarding school named Devon in New England. The story introduces a few very important characters: Gene Forrester, Finny, who is also referred to as Phinny or Phineas, Leper, and Brinker Hadley. During WWII, these high school teens are enjoying school while men are out fighting. They would have absolutely no idea about their intertwining fate.

The war happening in the background offers the teens the option of a break or escape from the school dynamics. These teens in the story contemplated on enlisting for the war, a symbol for them to contribute to the real world and emerge out of the shelter of the boarding school. Only one, Leper, did enlist but ended up “escaping” home mad. His madness would set off events leading to the story’s final climax.

I really like how there are no cliffhangers at the end of the book. Normally, cliffhangers would upset people greatly. Even with such a dramatic storyline, the author is still able to tie all of the ends together to make a very well-rounded, attention-grabbing, and informative book about how people do not show what they think all the time.

The point of view that this book is written in is also very interesting. Usually, these types of stories are written in the victim or "good guy's" point of view. Having the author portray the viewpoint and the thought process of the "criminal" really makes the reader understand why certain people do certain malicious things. What I dislike about the story is that until the very end, I do not sense any sincere remorse from the narrator. Whatever reflections he had seem somewhat shallow, as if he expected that ending even though he denies his expectation. His actions demonstrated a hidden sense of entitlement, leaning on his friend’s generosity. Because the book is written in first person, the read may become annoying since identifying with the narrator can be super challenging. Listening to the book could be a remedy to resolve that frustration because the audio would help the readers orient the view as someone else telling their story.

I would definitely give this book a solid 9/10, but it could have easily been a 10 if Finny was not referred to as Phinny or Phineas to throw off the reader. The book has all the elements to a great story: an unsuspecting villain, who did not even know he was going to plot the deed that he had done, and a very important, victim who provoked the villain due to just a tiny accident.

Checkout A Separate Peace from the Newport Beach Public Library.