All Library programs have been canceled due to ongoing public health concerns with COVID-19.  We hope to reschedule some of these programs in the future. In the meantime, we have video available for many of our past Meet the Author presentations for you to enjoy at your leisure. Visit our Virtual Programming page for links. 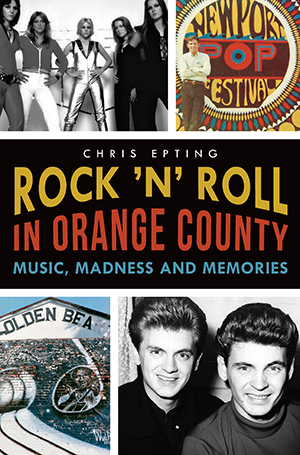 Meet Chris Epting, an award-winning journalist and the author of over 30 books on history and popular culture. But as a longtime Orange County resident, he is especially proud of his book, Rock and Roll in Orange County: Music, Madness and Memories. Elvis, the Beatles, the Righteous Brothers – they all are connected to the OC, along with many other legends that Chris will be sharing stories about. 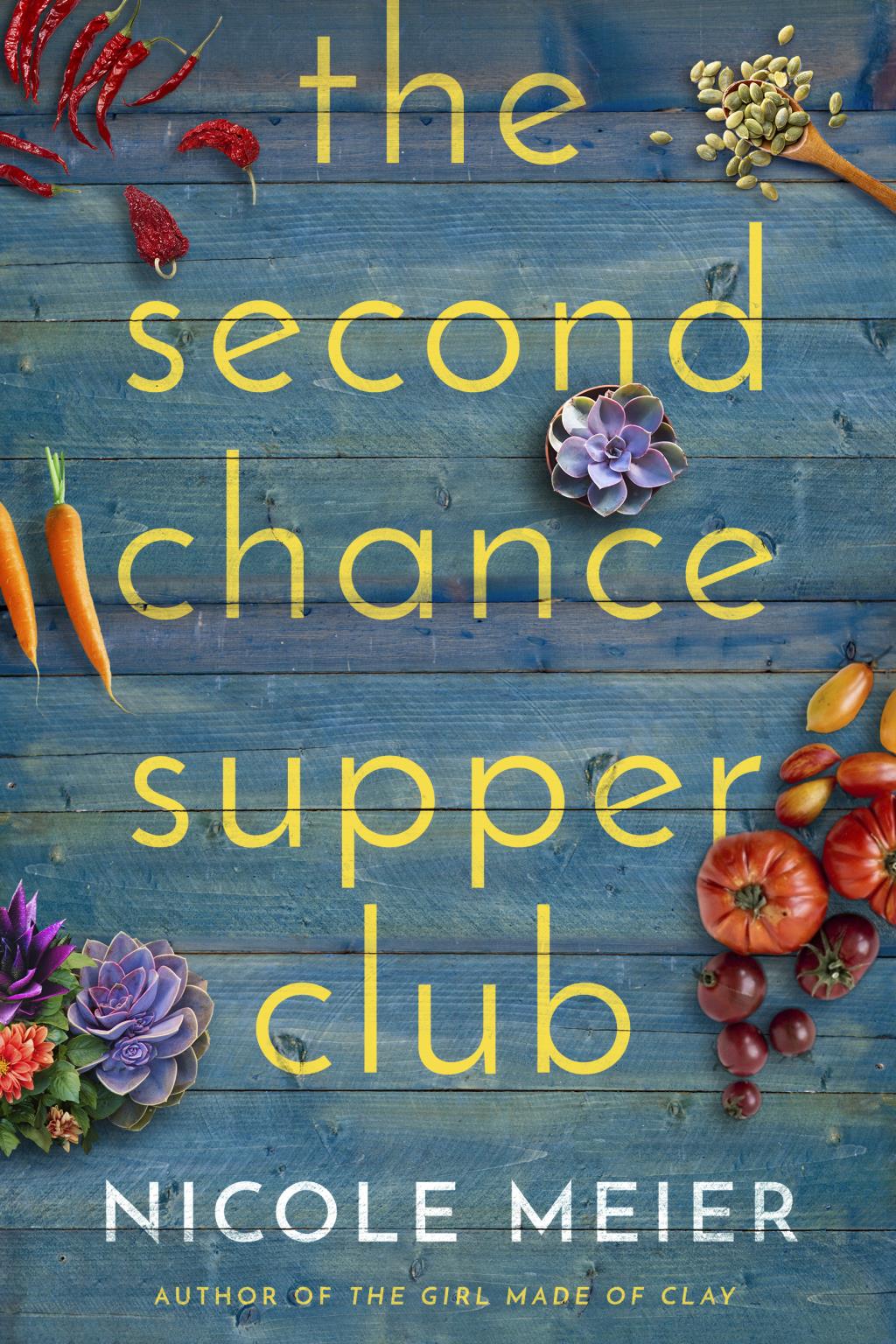 Nicole Meier is a native Southern Californian, who's debut novel, "The House of Bradbury," was chosen as a Best Book of 2016 by Refinery29. Her novel, " The Girl Made of Clay," was recently named a Top Book according to Bookbub readers. Nicole will be talking about her newest novel, "The Second Chance Supper Club," that will be published in September 2019 (Lake Union Publishing). 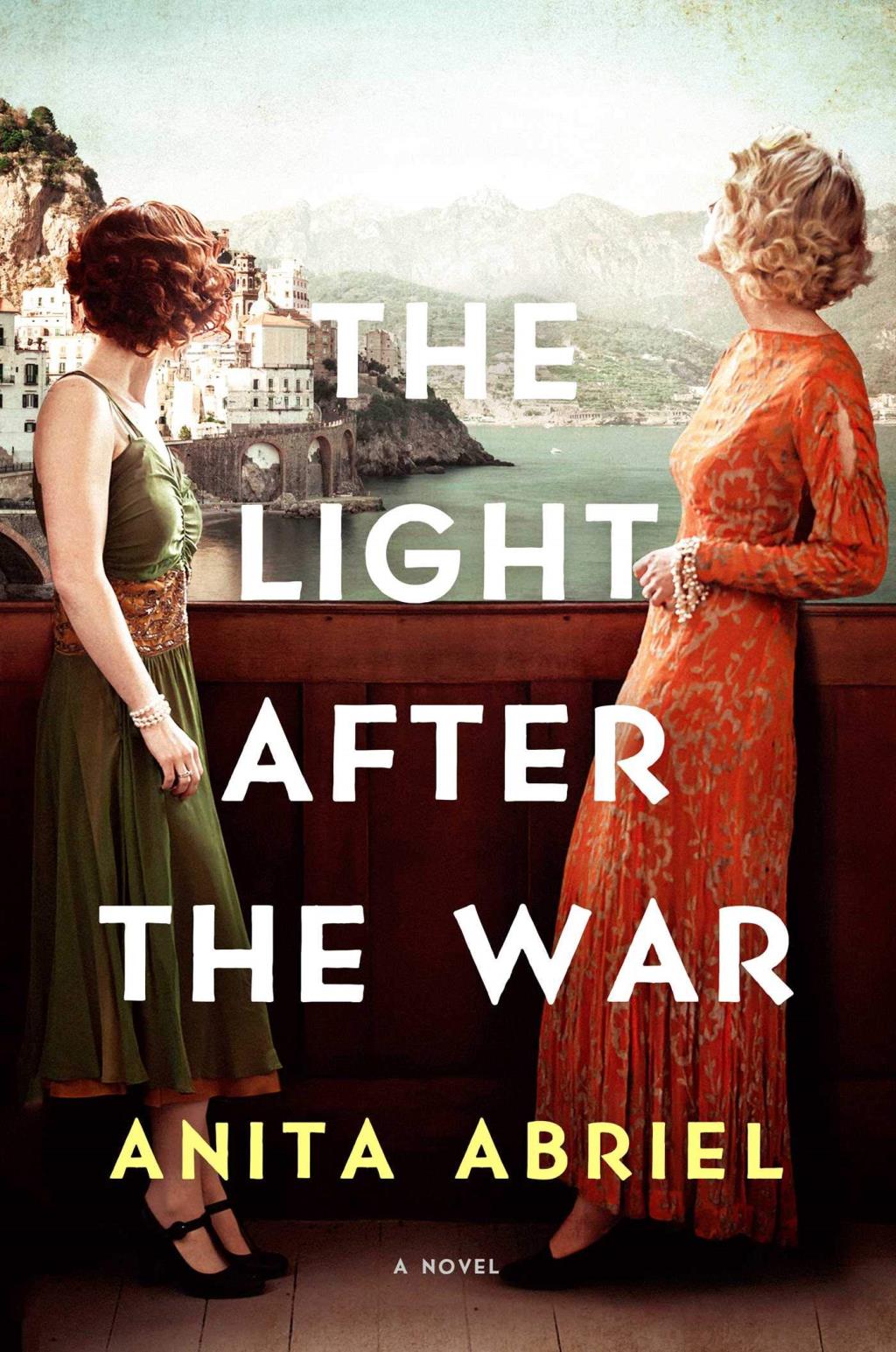 Anita Abriel, The Light After the War

Author Anita Abriel (who also writes as Anita Hughes) will introduce her new book, “The Light After the War,” inspired by her mother’s true story of survival during World War II.  Abriel’s book chronicles the journey of two young women from Hungary, who escape from a train headed for Auschwitz and spend the rest of the war hiding on an Austrian farm.  It is a memorable tale of true friendship, love, endurance and survival.

Anita Abriel was born in Sydney, Australia. She received a BA in English Literature with a minor in Creative Writing from Bard College.  She currently lives in Dana Point, California with her family. 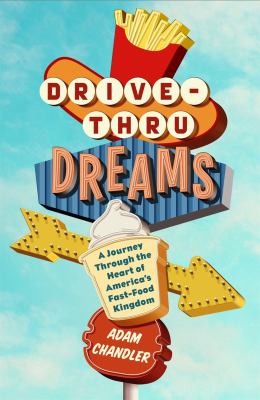 Adam Chandler, Drive-Thru Dreams: A Journey Through the Heart of America's Fast-Food Kingdom

Take a fascinating road-trip through the heart of America's fast-food kingdom with author Adam Chandler.  From White Castle, the first fast food chain, to Wendy’s most viral tweet of all time, Chandler will talk about fast food history, people and stories that inspired his book, In Drive-Thru Dreams, and the inseparable link between fast food and American life for the past century.

Adam Chandler is a writer based in Brooklyn, New York. A former staff writer at The Atlantic, his work has also appeared in The New York Times, The Wall Street Journal, The Washington Post, Slate, New York Magazine, Texas Monthly, Esquire, TIME, and elsewhere. 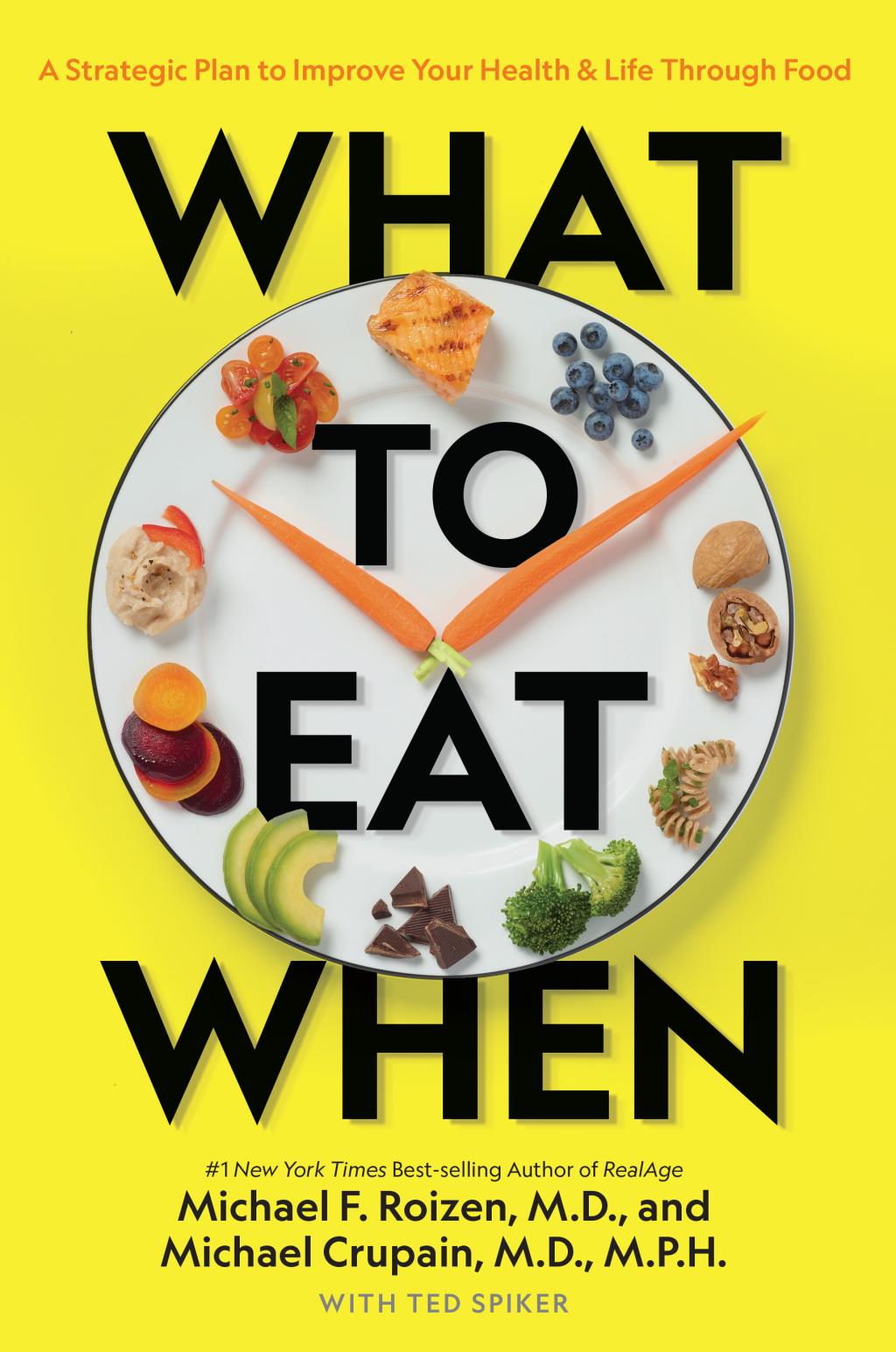 Michael F. Roizen, MD, is the five-time #1 New York Times bestselling author and co-founder and originator of the popular RealAge.com website. He is Chief Wellness Officer and chair of the Wellness Institute of the Cleveland Clinic and Chief Medical Consultant to The Dr. Oz Show.  Dr. Roizen has co-authored more than 15 books, including the series of "You" books that began with the #1 bestseller, You: The Owner's Manual: An Insider's Guide to the Body that Will Make You Healthier and Younger.  He will be talking about his new book, What to Eat When — A Strategic Plan to Improve Your Health and Life Through Food, which introduces a science-based approach to maximizing readers’ weight loss and health by focusing on the timing of meals throughout the day.  What to Eat When, along with the What to Eat When Cookbook with 125 deliciously timed recipes, will be available for purchase and signing. 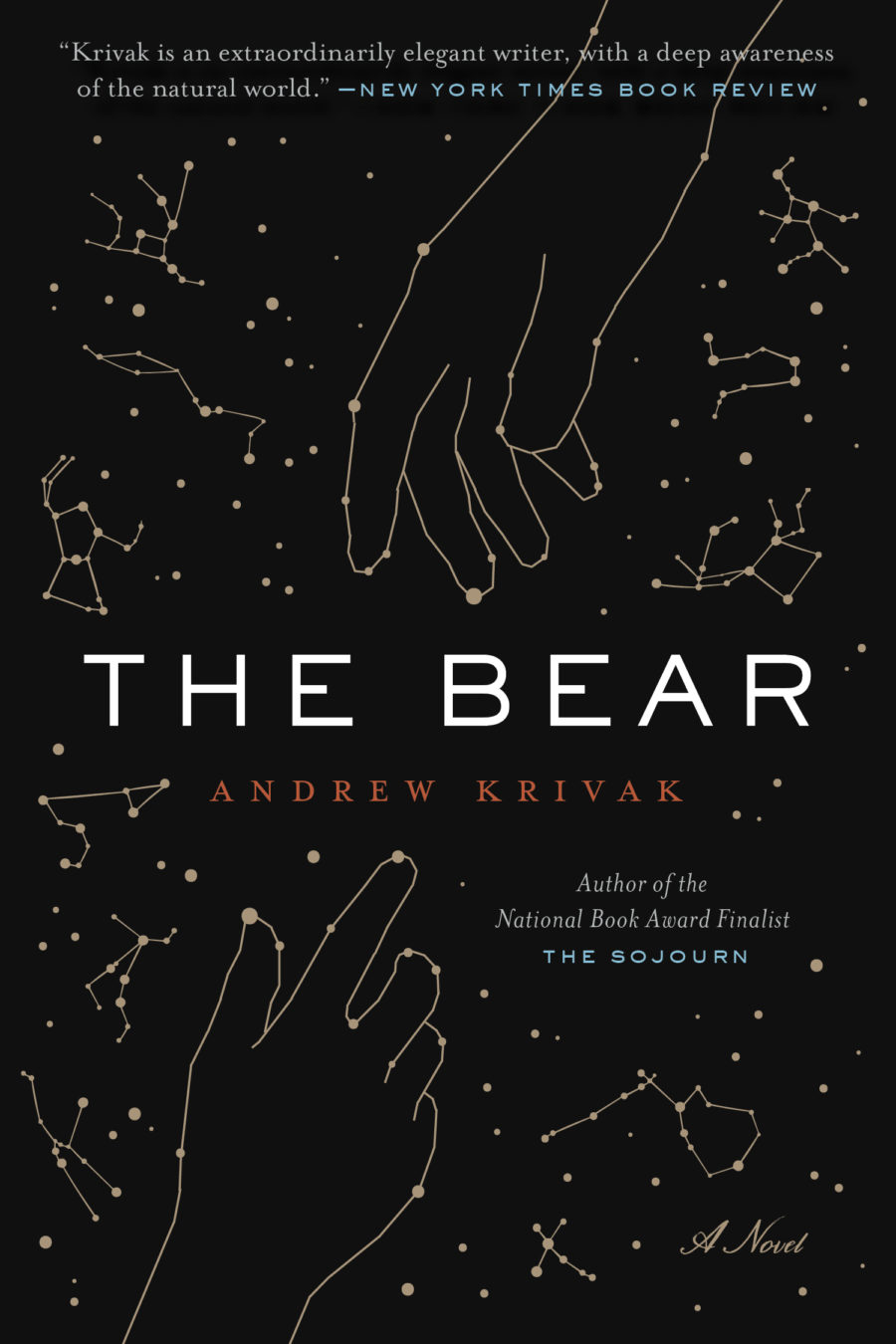 Celebrate Earth Day with award-winning author Andrew Krivak, talking about his new novel,  The Bear, a cautionary tale of human fragility, of love and loss and a stunning tribute to the beauty of nature’s dominion. Set in an Edenic future, the story takes you a journey, where a father is preparing his daughter for an adulthood in harmony with nature, for they are the last of humankind.  But when the girl finds herself alone in an unknown landscape, it is a bear that will lead her back home through a vast wilderness that offers the greatest lessons of all, if she can only learn to listen.

Andrew Krivak is also the author of The Signal Flame, a Chautauqua Prize finalist; and The Sojourn, a National Book Award finalist and winner of both the Chautauqua Prize and Dayton Literary Peace Prize. 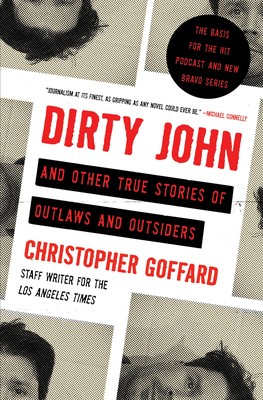 Christopher Goffard, Dirty John and Other True Stories of Outlaws and Outsiders

Best known as the Los Angeles Times reporter behind Dirty John, the riveting true crime podcast and Bravo television movie about about a conman who terrorized a Newport Beach family, Christopher Goffard is a Pulitzer Prize winning journalist who has written about everything from border warriors and prison gangs to the legacy of Watergate.

The Dirty John story, which first ran as a print series in the Los Angeles Times, wasn’t unfamiliar terrain to its writer, Christopher Goffard. With over two decades experience at newspapers, including a lengthy stint with Orange County's Daily Pilot, Goffard has reported probingly on the shadowy, unseen corners of society. His book, Dirty John and Other True Stories of Outlaws and Outsiders , gathers together his very best work.

Unless otherwise noted, there is no charge to attend these author lectures.They are generously funded by the Friends of the Library.  Lectures are held in the Central Library Friends Room. Seating is limited and available on a first-come, first-served basis. Books will be available for purchase and signing by the author.