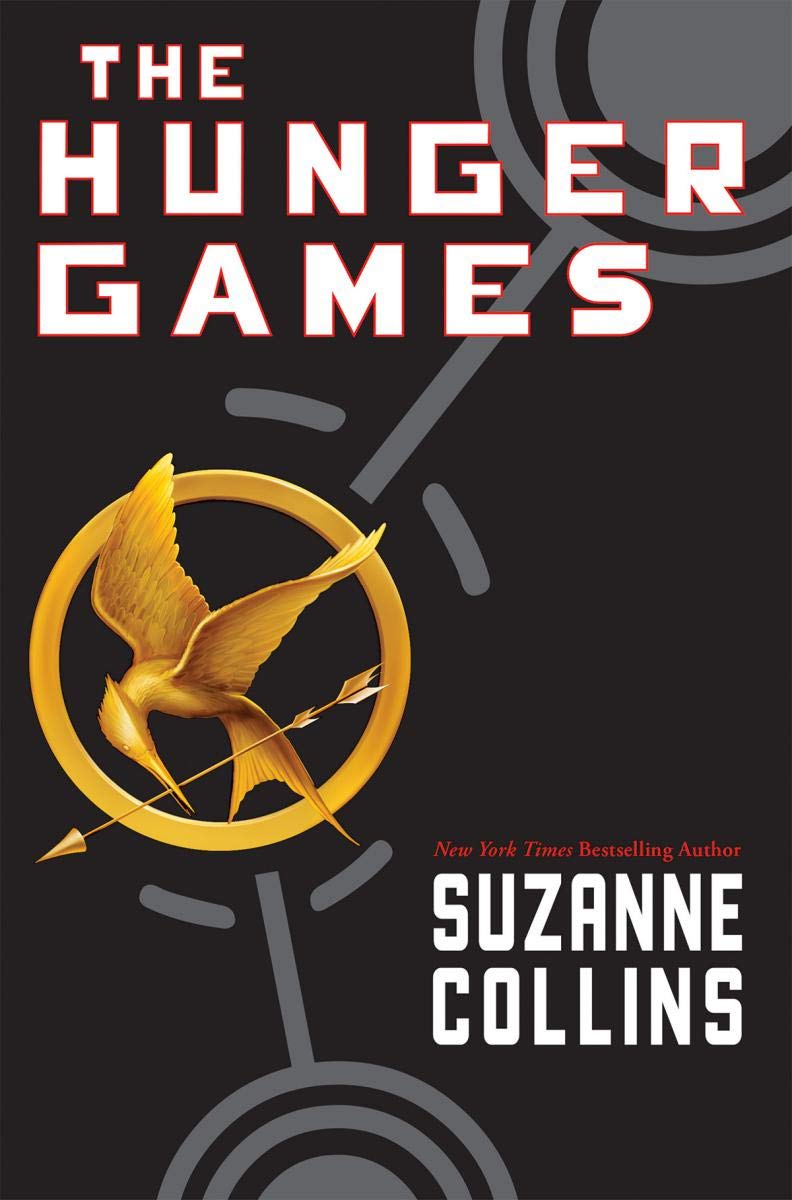 The Hunger Games is an action fiction and science fiction book that is perfectly suitable for all ages. The Hunger Games are a televised event in which the participants, called "tributes", are forced to fight to the death in a dangerous public arena. Watched by the Capitol, or the government. The winning tribute and his or her home district are then rewarded with food, supplies, and riches.

The book starts off on the day of the reaping, and the main character Katniss Everdeen is introduced to the reader. Katniss is a strong, resourceful sixteen-year-old who is far more mature than her age would suggest. Katniss is the main provider in her family, which consists of herself, her mother, and her younger sister, Prim. She is responsible for feeding her family, which she does by hunting and foraging in the woods just outside her district, District 12, with her best friend Gale. She learned these skills from her father before he died in a mine explosion years earlier. However, hunting is illegal and punishable by death. Katniss does it anyway, doing what she needs to do to provide for her family. Continuing on she rises in the morning, to a scary day. It is the reaping, where one boy and one girl are chosen from each of the twelve districts to participate in The Hunger Games. She starts off the day with a nice meal with Gale. This is to wish them luck later in the day, before having a hunt. When they arrive back they prepare for the reaping and then head out. That night, at the reaping ceremony, the mayor of the district gave a speech telling about how the Capitol won the war between the Capitol and the districts. So, as a reminder of their defeat, the Capitol holds the Hunger Games every year. The mayor then introduces Haymitch Abernathy, District 12’s only living Hunger-Games winner, who is so drunk he ends up falling into his own vomit once again embarrassing their district as a whole.

The book continues on and is filled with thrilling action that could keep you busy for hours. If you are still on the fence about reading it there is an obvious answer.  Yes, you should definitely read The Hunger Games. The Hunger Games to be an excellent read for several reasons. First, the book's primary strength lies in its portrayal of somewhat typical humans facing extremely difficult circumstances and situations as well as moral dilemmas. At many points in the novel characters must weigh competing their concerns such as staying alive and winning the competition and promoting the greater good or keeping one's promise. It also portrays sacrificing oneself for another for another, which is a pleasant change from today's self-centered culture. Second, the books are very entertaining and hard to put down. Although some people may not be huge fans of fiction, these books were really fun to read and generate a lot of interesting thoughts and discussions between people. The Hunger Games is approachable, yet thrilling book that tackles class divide, warfare politics, and revolutionary tactics. The book really brings out many different unique ideas on human nature, morality, and politics. Third, the books are perfectly suitable for a wide range of audiences. Both teens and adults will find them interesting. So, take a shot at The Hunger Games, you won’t regret it!

Check out The Hunger Games from the Newport Beach Public Library!