The True Confessions of Charlotte Doyle by Avi 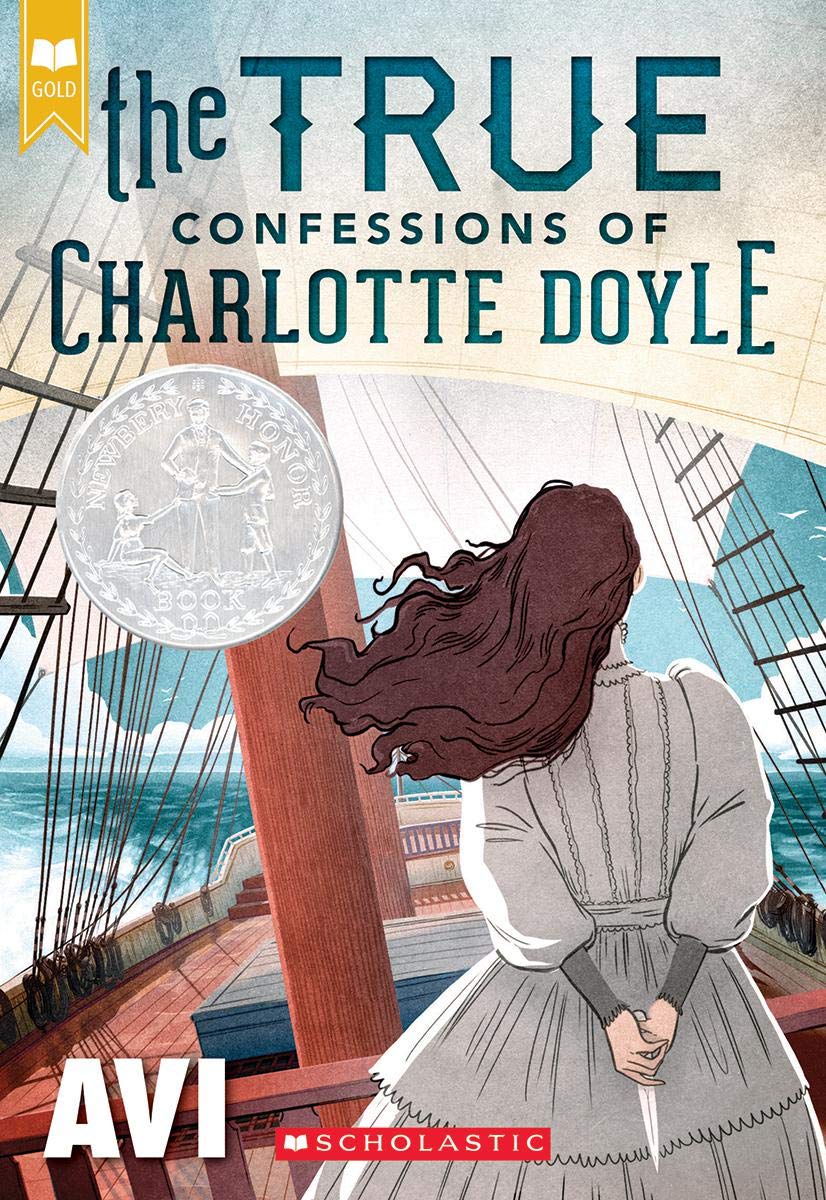 In The True Confessions of Charlotte Doyle, a historical novel by author Avi (Edward Irving Wortis), takes place in England during the summer of 1832. Thirteen-year-old Charlotte Doyle is excited to return to Rhode Island, her home. However, when the two families she was supposed to travel with mysteriously cancel their trips, Charlotte finds herself a lone passenger on a long sea voyage with a deceptive captain and a mutinous crew. After stepping abroad, she becomes entangled in a conflict between them. As the arduous journey progresses, so does the intensity of the controversy.

Charlotte at first, is seemingly a lost girl on a big ship. She is repulsed by the dirty, scraggly-bearded crew and their behaviors as well as the small space she has to live in. However, one person aboard catches her eye. Handsome Captain Jaggery treats her with kindness and respect. He is well-dressed and well-mannered, charming Charlotte. Instantly gaining her trust, Captain Jaggery tells Charlotte to keep an eye on the crew. Charlotte eventually finds something in the crew’s quarters, and immediately reports it to Jaggery. Learning of the news, Jaggery’s attitude suddenly changes, and Charlotte is uncertain what to do. However, things turn south when someone suddenly dies on ship. Charlotte then gains a villanous enemy and is put on a trial for murder. Charlotte also gains an ally from the crew, and must trust her instincts on who’s side she should take. Throughout the book, a former member of the crew appears, a betrayal takes place, and an epic showdown ensues.

One thing about Charlotte is that she came from a rich and royal family, and isn’t used to the smelly, grimy ship. She is quick to make assumptions and may even be described as “prissy”. However, over the course of the story, she realizes that some people aren’t who they appear to be. She must make decisions for herself if she wants to survive the expedition. One thing I like is how Charlotte feels confused and internally conflicting a lot of times, which is most likely how the readers would feel if they were in that situation. Another thing is the unexpected twists and turns the story has, which were surprising the first time I read it. There are some scenes in the book where the story gets a little creepy, especially when Charlotte is down below the ship in the cargo area with no lighting. However, this is part of the plot and does instill a sense of mystery within the story.

I would strongly recommend this book to any teenager. It shows great character development and how this voyage changed Charlotte in both behavior and personality. It is an easy to read, compact story full of action. The author does a great job at depicting what it would be like for a lone teenager to be on a giant ship while traveling through the ocean on a month long trip. It is a must read for any teenager who is interested in a thrilling and exciting narrative.

Check out The True Confessions of Charlotte Doyle from the Newport Beach Public Library!