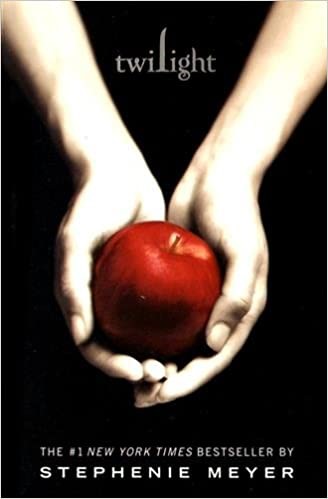 Stephanie Meyer’s Twilight is the first in a quadrilogy. It is a story about Bella, a girl who just

moved to Forks. Little does she know who’s waiting for her in Forks. We follow the journey of


The story begins with Bella leaving her Mom in Phenix to go live with her Dad in Forks. Bella

isn’t very close with her Dad but wants to let her Mom have more time with her new step-Dad.

Forks is a small, boring town that is very cold. That is until she meets Edward.


At first he seems very hostile toward her then he disappears. While he is gone Bella makes

many friends and is very popular with the boys. Edward finally comes back and starts being nice

to Bella. She starts to get excited when she’s around him. One afternoon Bella was in the

parking lot talking to someone and a car was coming at her. Edward protected her and stopped

the car with his superhuman strength. Bella is completely baffled by this but Edward won’t

explain it to her. She starts having dreams about him but he goes back to being distant from

her. His feelings toward her are inconsistent and Bella is very confused by him.

her how rumor is that the Cullens are “cold ones” or vampires. Bella goes home and does some

research. Everything starts to fall into place and she decides she doesn’t care that he’s a


One night when she gets lost some guys try to attack her but Edward shows up and saves her.

They go to dinner and he reveals that he is indeed a vampire. He explains that they are

very much. She is still in love with him despite all his warnings.

clouded environments, they sparkle in the sunlight. They talk about his past and his family's

struggles. Edward also explains his struggle of tempting himself by being close to her and his

feelings toward her. They share their first romantic kiss.


Bella goes to Edward’s house and gets to know his family. When she gets home Jacob’s dad,

Billy, tells Bella that he knows the Cullen’s secret and that she needs to stay away from them.

up. James likes her and wants to eat her. The Cullens are able to get her away and to a safe

place in Phoenix. James luers her to him though by telling her he has captured her mother. The

Cullens show up too late and James has already bitten her. They kill James and Edward is able

to suck the venom out of her. Bella is taken to the hospital but ends up okay.


Edward and Bella are closer than ever. They argue though, because Bella wants Edward to bite

her and make her a vampire. Edward refuses to because he doesn’t want to hurt her. The book

ends with her agreeing that their relationship is enough for now.

more. Stephanie Meyer was able to turn folklore like vampires into an exciting romance.

The book was very slow though. I was also very repetitive. Bella talks a lot about how

handsome and luring Edward is and after a little while it gets kind of annoying. Same thing goes

for Edward and his feelings toward Bella. I understand his conflict but I just wish his feelings

weren’t so back and forward throughout the whole book.


Overall I felt this book had a great plot but writing was a little hard to keep reading. I give this

book a 6/10 for its creativity and originality.