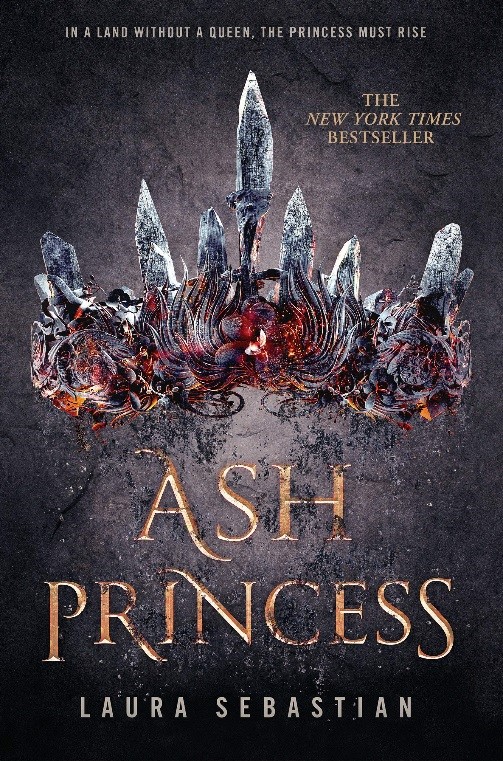 Ash Princess follows the footsteps of Theodosia, a girl who was the heir of the throne of
Astrea, a conquered kingdom. The Kaiser who conquered her kingdom killed the rest of
her family and everyone she held dear, but they chose to keep her alive in order to use
her against her own people who are trapped in the mines and worked to death.

Whenever Astreans riot or rebellions occur, even if there is no way Theodosia could’ve been involved, she is publicly whipped and tortured. When we first meet Theodosia, we see a very broken individual. She essentially had her character beaten out of her since childhood. She is forced to be submissive to the Kaiser to avoid punishment. However, after her father, the leader of Astrean rebellions, was caught and brought to the palace for execution, Theodosia realizes that she is done being a puppet. She vows to free her people from the Kaiser’s oppression.

This entire book is written in first person from Theodosia’s single point of view. She
suffers from an internal conflict of feeling like two different people: an heir to the throne
who must free her people and a nobody who struggles to survive in the palace.
Theodosia is not perfect. Unlike many other books that feature main heroes who always
make righteous decisions, Theodosia does not. There are many points in the book when
I want to berate her for betraying those she developed a close relationship with for the
sake of her country. She can be two-faced, claiming to love someone in order to gain
information. I can’t blame her though. Theodosia is often forced to make difficult
decisions between Astrea and the people she loves.

I would rate this book a solid 9/10. I was able to finish the first book in under a day. The
events were fast-paced, and there were no points in the book that I felt were slow or
dragged on. Something is always troubling Theodosia, biting at her to make a difficult
choice.

One con I would say about Ash Princess is that there were a lot of typical tropes. The
story is based on the conquered royal trying to regain her throne trope. It doesn't have
the most unique fantasy plotline, and I can spot some similarities between Ash Princess
and other fantasy romance genre books like Red Queen . Though this is a trope-heavy
book, I personally don’t mind because I seem to never be able to get enough of it.
However, one con that really bugged me throughout the book was how easily
Theodosia’s love interests fell in love with her. It felt too quick and unrealistic. I would
love it more if Laura Sebastian added more foundation to her romance rather than love
at first sight.

Nevertheless, I really enjoyed this book overall, and I would definitely recommend it to
readers who love fantasy and romance. If you were a fan of the Red Queen series, this
book contains many similar elements and I’m sure you would enjoy it as well!