While serving in the Army in the late 1960s, Crook was a Combat Artist in Vietnam. His works from that time are now the property of the Military History Department of the U.S. Army and were, at one time, displayed at the Pentagon. Since 1994, he has participated in many art shows around Southern California, including 18 years at the Art-A-Fair in Laguna Beach.

Michael lives in Newport Beach with his wife Pamela and their cat, Coal.

The exhibition will be on display March 8 through May 7, 2021, during the library's modified operating hours. 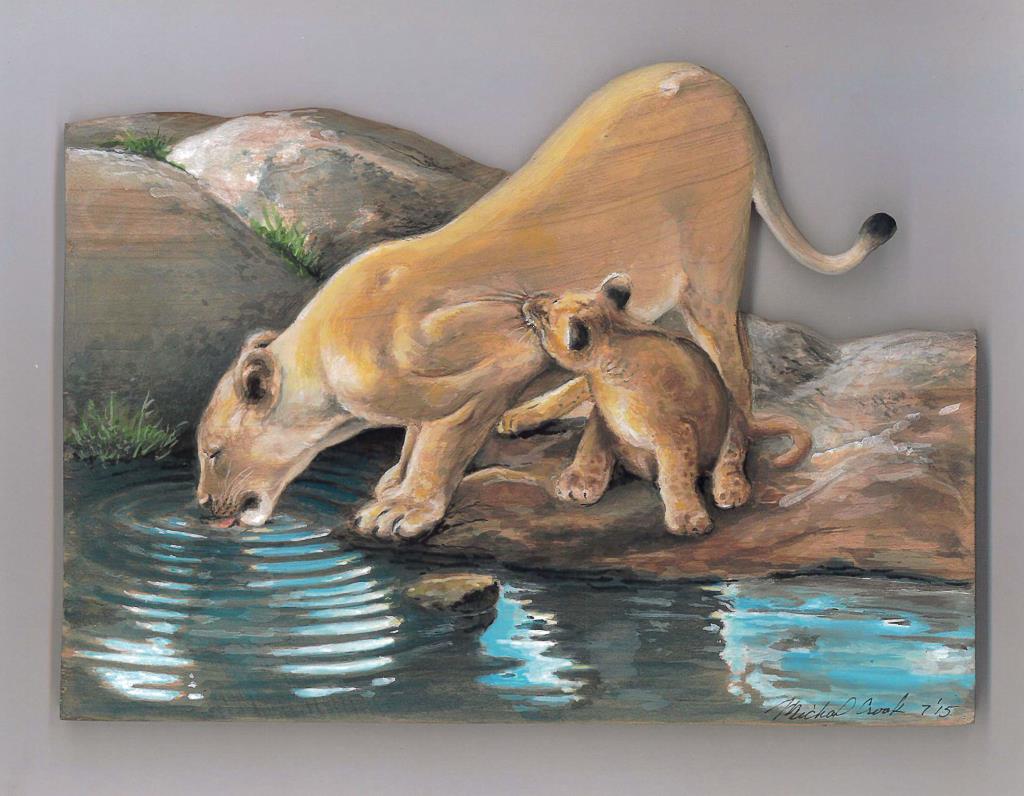 (A Little Nip for Mom by Michael Crook)